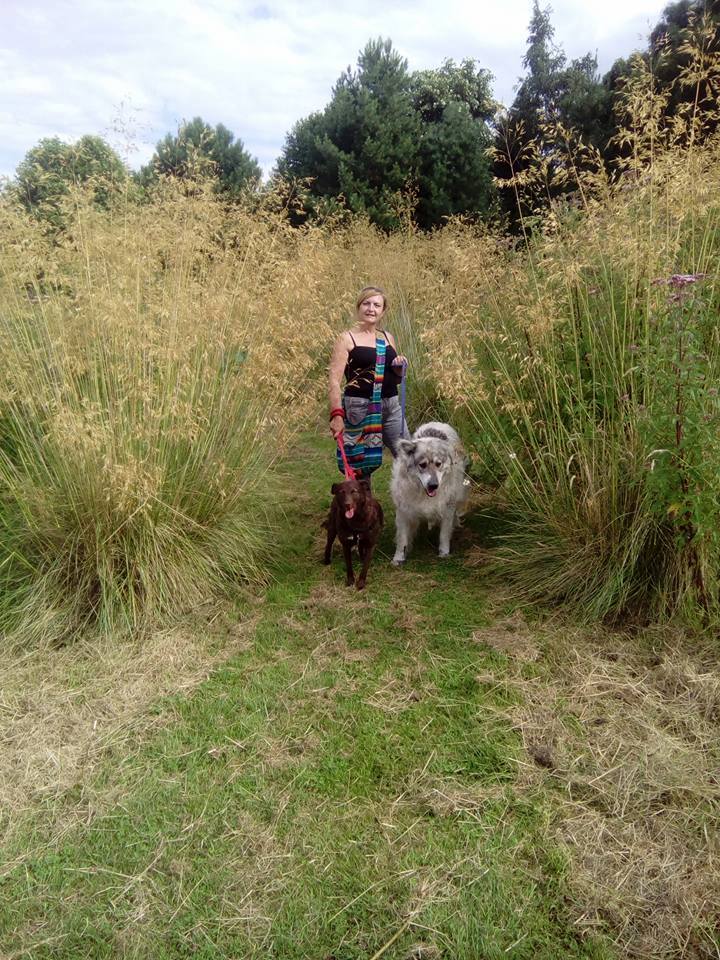 I have always loved animals and have had rescue dogs and cats my whole life, but I became more involved in rescue when I met my beloved Carpathian Shepherd, Nero. I decided to volunteer at a local rescue centre and met Nero on my first day. He was a Romanian rescue who had been terribly mistreated and was recovering from demodectic mange but was still a loving, trusting and gentle boy and it was love at first sight. A week after bringing Nero home, I was asked to foster a very scared Serbian dog, Hotch, to see if I could help him with his confidence but I am a rubbish

foster carer and he has been with us ever since. I continued to volunteer for three years and it was amazing to see the dogs get better and learn to trust again but it was also heartbreaking to see new dogs brought in that had been mistreated every day. My daughter Jordan wanted a dog of her own, and had fallen in love with a little Bosnian dog that we had seen online. After a period of waiting, we adopted him and named him Koda. My three boys highlighted the plight of the dogs in the Balkans and I started to help in any way that I could, but soon realised that in order to really help, we had to have a bigger platform and more people involved. I had been talking to Jude for some time as she had really supported us with the dogs in need.  Jordan and I had investigated forming a charity and we were looking for likeminded people to join us along with Helen to become Trustees. Jude and Andy were happy to join forces, we went to Bosnia in February 2018 to see for ourselves the situation that the dogs were in. It was horrendous seeing the despair in the eyes of the dogs in the kill shelters with little to no hope. The sheer indifference among the people towards these poor suffering sentient beings, it was and is appalling. We knew we wanted the charity before we went, but to see it for ourselves made it so much more important to make a difference. Fetcher Dog was born.